UPDATE; Zebra And Donkey Mates – Their Offspring Is This Amazing Creature But What Do We Call It?

A wildlife organization in Kenya has announced the birth of a “Zonkey” which came after its mother, a Zebra mated with a donkey.

The stray Zebra began an amorous affair with the donkey after it ventured out of the Tsavo East National Park, into a community bordering the park.

It became an honorary member of a local woman’s cattle herd before Sheldrick Wildlife Trust (an organisation that works to rescue and rehabilitate animals in Kenya), were called in to relocate the wildlife into a protected area.

The Zebra was transferred to Chyulu National Park, but her foal was only noticed few weeks ago as it has a gestation period of 12 months. 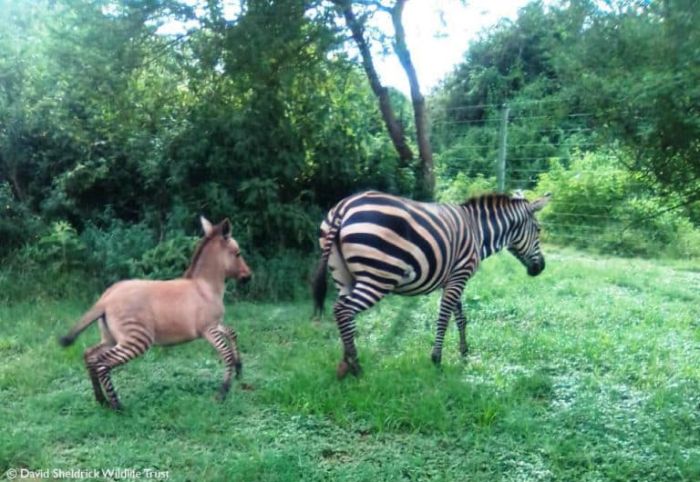 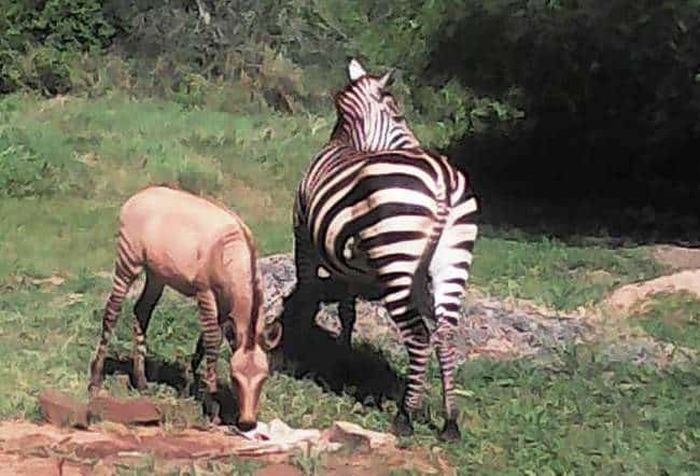